Our son Kenny was diagnosed with ASD at about 18 months of age. We tried pretty much all the therapies that were available at the time, speech therapy, occupational therapy and Music therapy for a short time. IBI was denied to him through the publicly funded program, as he was too “high functioning” but we gave it a try privately (it was not a success). We enrolled him in a preschool with support for 2 years, and then headed to the public school system.

It was a constant struggle, he was often being sent home because of behaviour issues, we had countless meetings with the school team, but no one there seemed to know how to handle our son.

It was very frustrating both for Kenny, and for me. Finally at the end of the first semester of Grade 2, we decided we needed to try something different, as it was apparent that if we stayed in the public system, it was going to be a constant struggle to get him the help that he needed. I turned to the internet, and found the Woodview Learning Centre.

I visited myself, liked what I saw, and went back with Kenny and my husband, for a visit to see if Kenny would be a good fit. Turns out that he was, and I can say that the move to the Learning Centre was absolutely a life changing decision for our family. It was hard at first, we lived in Caledon and Kenny and I drove over to Burlington every day, I hung out there while he went to school. Eventually we decided to move to Oakville so that we would be closer, because we knew we would be staying.

The Learning Centre was the PERFECT environment for what he needed. I had been offered a place at a contained class within the public system, for a couple of years, at which point he was supposed to return to his home school, however the setting didn’t feel right. I originally really resisted “segregation” I wanted him at school with his typical peers, but in the end I feel like the setting at the Learning Centre was the right spot for him.

He really blossomed there, he learned so much, and he gained a lot of confidence and became a true leader at the school.

The staff at the Learning Centre truly became like family to us. Over the years I felt that every single teacher he interacted with, completely understood our son, and you could see in his growth, that once he was in a setting where everyone understood him, where they realized that if he had behaviour issues, he wasn’t just being “bad” there was something underlying that needed to be addressed, he really settled in and we were able to unlock his true potential. It had been suggested STRONGLY to us in the public system that Kenny needed medication, and we tried it for a time. It turned out that a lot of his “behaviours” were being caused by the meds. I’ll never forget discussing it with the staff at the Learning Centre, they made it very clear to us that they were prepared to offer us whatever assistance we needed as we weaned him off his meds, and they were completely supportive of our decisions. We just didn’t get that sort of support or attention at our previous school.

I could have stayed at the Learning Centre for the rest of his school career (I seriously used to say they needed a high school) however in Grade 7, Kenny said he was ready to move on. The staff helped me to realize that if he was ready we had to let him go! So we moved on to a high school in our area that is for children with IEP’s, not specifically on the spectrum. He started there in grade 8 and is now about to begin his final year, Grade 12. I didn’t realize when we transferred that he would no longer be modified in his curriculum but just accommodated. He handled the transition fairly well, it hasn’t been easy for him, but he’s been able to do it. I have 100% confidence that he will move on to college, maybe not right after high school, but eventually. Hopefully he can transition in with just 1 or 2 classes, because it will be another HUGE transition.

I know with complete certainty that the reason he has been able to be successful in high school, and the reason that he will go to college, is because of the foundation he was given at the Woodview Learning Centre.

I know that he would be a completely different person had we stayed in the public system, fighting year after year to get him the support he needed. The staff at the Learning Centre really knows what they are doing, they all have such unique gifts to give the kids, and even if they weren’t his direct instructor, they all had a huge impact on the young man he has become. And of course, I can’t discount how they helped me.

As a parent, this entire journey can be a huge stress, and I was always welcomed with open arms whenever I had worries, concerns or questions. They helped me to see things in him that I couldn’t, they saw the potential he had before I did, and in many ways, knew him in a way that I didn’t. I still continue to keep in touch with some of his teachers, and we always will. The Woodview Learning Centre really saved our family and I will be eternally grateful that I took the leap and enrolled him in the school! 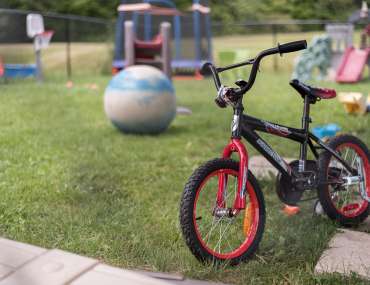 Holiday Sensitivities: How to Prepare Your Family

Inside & Out with the Learning Centre

What do grades mean at Woodview Learning Centre?